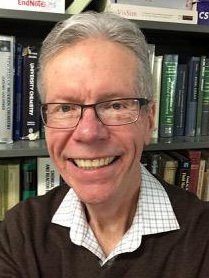 Jim Miller earned his PhD at Carnegie Mellon University (1995, Chemical Engineering); and MS degrees at the University of Pittsburgh (1987, Chemistry) and Carnegie Mellon (1983). Before coming to Madison, Jim was Associate Research Professor at Carnegie Mellon, where he developed and applied high throughput methods for the study of multicomponent materials.  Earlier in his career, he worked in industry  as a developer of catalysts, catalytic processes and chemical sensors; and as an engineering manager.  Jim is a past president of AIChE’s Pittsburgh Chapter and two time past president of the Pittsburgh-Cleveland Catalysis Society; he served as Secretary of the 2015 North American Meeting (NAM) of the Catalysis Society.