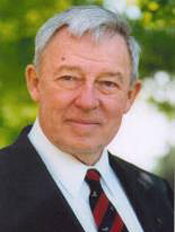 Professor Bird has taught twice at the Technical University of Delft, first in 1958 and then again in the spring of 1994 when he was the first J.M. Burgers Professor. In the fall of 1994 he was a Visiting Professor at the Universite Catholique de Louvain in Louvain-La-Neuve, Belgium. Earlier, in 1962-1963 he was a Fulbright Professor at Kyoto University and Nagoya University in Japan. In the 1990s Professor C.F. Curtiss (of the Theoretical Chemistry Institute) and Professor Birdworked on further developments of the fundamentals of the kinetic theory of polymers as presented in Dynamics of Polymeric Liquids. They extended the kinetic theory to include the heat flux vector (and the thermal conductivity tensor) and the mass flux vector (and the mass diffusion tensor). This provides stress-thermal and stress-diffusion relations for some simple kinetic theory models. Furthermore they derived the extended Maxwell-Stefan equations for describing multicomponent diffusion in polymeric liquids. Other major works related to rheology co-authored by Professor Bird are "Molecular Theory of Gases and Liquids" (by J. O. Hirschfelder, C. F. Curtiss, and R. B. Bird)(1954, 1960) and "Transport Phenomena" (by R. B. Bird, W. E. Stewart, and E. N. Lightfoot)(1960, 2002, 2007). The latter contains, in Chapter 8,a concise introduction to the subject of rheology.The English language edition went through over 75 printings and sold over 200,000 copies. "Transport Phenomena" has also been published in Spanish, Italian, Czech, Russian, Chinese, and Portuguese. Review articles dealing with this topic are: R. B. Bird and H. C. Oettinger, "Transport Properties of Polymeric Liquids," Ann. Rev. Phys. Chem., 43, 371-406 (1992); R. B. Bird and J. M. Wiest, "Constitutive Equations for Polymeric Liquids," Ann. Rev. Fluid Mech., 27, 169-193 (1995); R. B. Bird, C. F. Curtiss, R. C. Armstrong, and O. Hassager, "Nonlinear Viscoelastic Behavior," Chapter 8 in Comprehensive Polymer Science, Volume 2, Pergamon Press (1989). C. F. Curtiss and R. B. Bird, "Statistical Mechanics and Transport Phenomena: Polymeric Liquid Mixtures," Advances In Polymer Physics (1996). Professor Bird is co-author (with R. C. Armstrong, O. Hassager, and C. F. Curtiss) of the two-volume treatise Dynamics of Polymeric Liquids which appeared in a second edition in 1987. The first volume deals with continuum mechanics, fluid dynamics, and rheological properties; its main aim is to enable polymer scientists and engineers to solve flow problems by using rheological data. The second volume treats the statistical mechanics, kinetic theory and molecular modeling of polymer solutions and undiluted polymers, and the relation of these topics to the continuum formalisms; the goal is to provide scientists with an understanding of rheological phenomena in terms of the mechanical behavior of the constituent molecules. Bird's recent interests have been in the development of constitutive equations from the kinetic theory of polymers, using mechanical models to describe the dynamics of polymer motion.