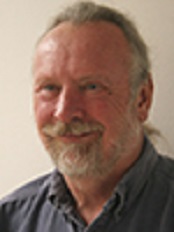 Reed is a phytochemist and nutritionist that studies the effects of oilgomeric polyphenols on the health of animals and humans. A main thrust of the Reed Research Group is to determine how plant polyphenols can be used in the development of new materials for use in the human and animal health, food processing and preservation, and other applicatiions. This research effort includes the development of phytochemical methods for characterization of structure of oligomeric polyphenols and their ability to combine with other biopolymers such as chitosan. Research on the interaction between tannins and chitosan has led to the discovery of a new composite material that have antimicrobial activity and can be formed into films, foams, hydrogels and nanoparticles that have applications in food, agriculture and health. Chitosan is a derivative of chitin that is present in the shells of shrimp, crabs, insects and other arthropods. Chitin is the second most abundant biopolymer on the earth’s surface after cellulose. We recently patented a technology named “Tannin-chitosan composites for new therapeutic biomaterials (P09128US).” My research group also carries out mechanistic studies on the effects of these biomaterials in cell culture and animal models of disease.