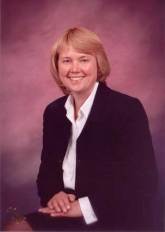 Professor Engelstad's areas of interest are structural dynamics, vibrations, solid mechanics and mechanical design. Her research topics have included nonlinear vibration and stability analysis of piping components due to flow-induced excitations. Applications of this research extend to the aerospace industry in the design of fuel and propellant lines and tubular space tethers for fluid transfer.

As the founder and director of the UW Computational Mechanics Center, which assesses the commercial potential of lithography techniques, she is an important resource for the semiconductor industry.

With the Center for NanoTechnology, Engelstad is investigating the mechanical response of X-ray lithography masks which are used in the development of advanced integrated circuits. This involves determining a mechanical model for predicting the thermal stresses and distortions of the mask when it is exposed to an X-ray beam.

A member of the Fusion Technology Institute, Engelstad is concerned with the mechanical design and structural response of fusion reactor chambers to impulsive pressure and shock loadings. Computer simulations of the dynamic response of the shell are used to assess fatigue lifetimes and generate parametric design data. In the area of fission reactor safety, she is studying the feasibility of quenching molten fuel during a postulated core-melt accident. The possibility of a crust forming on the surface and preventing the molten fuel from cooling involves stress analysis of non-homogeneous plates subjected to combined pressure and thermal loadings.