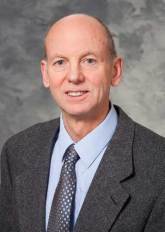 Neil A. Duffie received his PhD in Mechanical Engineering in 1980, M.S. in Engineering in 1976, and B.S. in Computer Science in 1974, all from the University of Wisconsin-Madison, Madison, Wisconsin, USA. He is Emeritus Professor and past Chair in the Department of Mechanical Engineering of the University of Wisconsin-Madison. His main research interests are dynamics of production planning and control, distributed system control, and manufacturing process automation. He has written two books on control of production systems, machines and processes.

Professor Duffie is a Fellow of ASME, CIRP and SME. He has served on the Council of the CIRP, as chair of its committee of US Fellows, as chair of its Scientific Technical Committee for Production Systems and Organizations, and on its Editorial Committee. He is a Past President of the Society of Manufacturing Engineers (2008). In 2008 he was Mercator Guest Professor at the University of Bremen, Germany. He has been a visiting researcher for various periods at the University of Bremen, University of Hannover, Jacobs University, and the University of Stuttgart. In 2012 he received the SME Frederick W. Taylor Research Medal for publishing significant seminal research findings based on the application of modern control theory to manufacturing operations leading to a better understanding of processes, equipment and facilities. In 2017 he received the NAMRI/SME Outstanding Lifetime Service Award for his long-term dedication and contributions to NAMRI/SME. From 2013 to 2019 he was the Editor-In-Chief of the SME Journal of Manufacturing Systems.