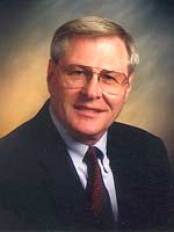 Gerald L. Kulcinski is currently the Grainger Professor of Nuclear Engineering-Emeritus and the Director of the Fusion Technology Institute.  He was elected to the National Academy of Engineering in 1993 and was awarded the NASA Public Service Medal in 1993 and the NASA Exceptional Public Service Medal in 2010. Professor Kulcinski was the Associate Dean of Research in the College of Engineering from 2001 to 2014.  He served on the NASA Advisory Council from 2005 to 2009 and in 2008 he was appointed to the Advisory Committee for the Department of Commerce on Emerging Technology and Research.  He has been a Fellow in the American Nuclear Society since 1978.

Professor Kulcinski conducted and directed research on the effects of radiation in metals while serving as a senior research scientist at the Battelle Northwest Laboratories from 1965 to 1971 and worked on the Nuclear Rocket Program at Los Alamos in 1963.  From 1965 to 1971 he was a Lecturer at the Center for Graduate Study in Richland, Washington.  Dr. Kulcinski joined the Nuclear Engineering Department at the University of Wisconsin in 1971.  He was a visiting scientist at the Karlsruhe Nuclear Research Center in West Germany in 1977 and was on sabbatical leave at the Bechtel Corporation in San Francisco in 1989 and 1995.