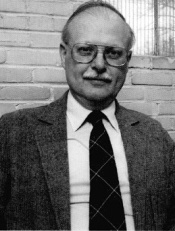 Professor Vogelsang has major interests in fusion technology. Two problems associated with fusion reactors operating on the D-T cycle are tritium recovery and processing (either that not burned in the plasma chamber or that produced in the blanket) and the radioactivity generated by the 14 MeV neutrons from the plasmas. His work with tritium includes recovery schemes with consideration of inventory and tritium release, as well as problems associated with isotope separations and other reprocessing and handling operations. Radioactivity work includes methods of calculation, data review, sensitivity work, transport of radioactive corrosion products and problems associated with disposal of used materials.

Professor Vogelsang also has a research program centered around the measurement of tritium diffusion in fusion reactor materials. A fusion reactor using the deuterium-tritium reaction must have built into it provisions for producing tritium to fuel the reactor. This is accomplished through neutron capture in a lithium bearing material surrounding the plasma.

Before the tritium can be used to fuel the plasma, however, it must be extracted. The tritium concentration is low and the extraction techniques suggested often require a knowledge of the diffusional properties of tritium in the lithium bearing material.

An experiment is underway to investigate the diffusion of tritium in such materials, for example Li2O, and to determine the effects of temperature, impurities, and other parameters on diffusion.