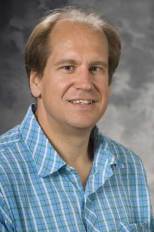 Professor Hegna's primary field is theoretical plasma physics with an emphasis on the area of plasma confinement using magnetic fields. These studies employ analytic and computational techniques to study plasma dynamics and are closely coupled with experimental observations. The ultimate goal of the magnetic confinement community is to develop magnetic fusion as a commercial source of electricity.

Hegna is the director of the Center for Plasma Theory and Computation and is involved in the research activities of the University's three magnetic confinement experiments, the Pegasus Toroidal Experiment, the HSX Plasma Laboratory and the Madison Symmetric Torus (MST). Additionally, he is heavily involved in the U. S. fusion science program by serving on a number of workshop and conference organization committees, review panels and program advisory committees.