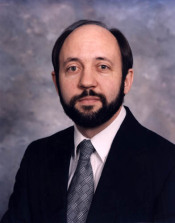 The subject of feedback control addresses a technique commonly used in engineering to enhance the performance of a physical device or process. The basic idea is to gather information from sensors which measure pertinent system variables, process that information (typically using an on-board microcomputer), and then send signals to actuators which drive the system in a manner consistent with good performance. This feedback "loop" automatically adjusts the behavior of the system to compensate for a variety of unpredictable events. Simple examples of the technique include the temperature regulation system of a house and cruise control on an automobile. Indeed, feedback systems pervade many fields such as transportation, robotics, manufacturing, and power generation and distribution; they also appear in numerous consumer products. Nevertheless, most people are unaware of their existence (unless they malfunction!).

A well-designed feedback loop can also compensate for inaccuracy in the mathematical description of the system under control. In this sense, feedback control can be "robust". In particular, every mathematical model inevitably neglects some high-frequency dynamics or "parasitic" effects. This is necessary for the sake of model tractability; also, such dynamics are notoriously diffcult to measure. There are in fact some systems whose bandwidth depends heavily on parasitics, appearing, for all intents and purposes, to have infinite bandwidth. This simply means that the bandwidth is larger than the engineer is able or willing to measure reliably. Hence, control engineers are sometimes confronted with the problem of analyzing a feedback loop having uncertain bandwidth. Little or no theory exists which addresses such situations. This is the niche in which I am presently working.