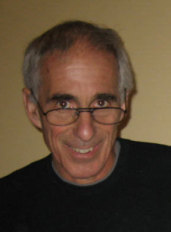 Over the years, he has been involved in a number of IEEE Control Systems Society activities such as associate editorships, conference chairmanships and prize paper committees. He has also served as a consultant for a number of companies and is the author of the textbook "New Tools for Robustness of Linear Systems," Macmillan, 1994. Regarding his personal life, B. Ross Barmish is married and pursues a number of outdoor activities which include long-distance running, biking and cross-country skiing.

Selected Awards, Honors and Societies: Professor Barmish is a Fellow of both the IEEE and IFAC for his contributions to the theory of robustness of dynamical systems. He received the Best Paper Award for Journal Publication on two consecutive occasions from the International Federation of Automatic Control. The first award, covering the period 1986-1989, was presented at the IFAC World Congress, Tallin, Estonia. The second award, covering the period 1990-1992, was presented at the IFAC World Congress, Sydney, Australia. Professor Barmish has also given a number of plenary addresses at conferences and has received consistent NSF funding throughout his career. He is a past recipient of  the College of Engineering Byron Byrd Award for Excellence in Research Publication and has recently been named by the IEEE Control Systems Society as the winner of the 2013 Bode Prize. In conjunction with the award, he provided a Keynote Plenary at the 2013 IEEE Conference on Decision and Control, held in Florence, Italy, in December 2013.