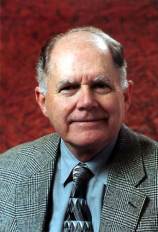 Our research involves field investigations in lakes, streams, and watersheds as well as laboratory experiments.We exploit contrasting biogeochemical environments in order to identify key factors and processes.Quantitative assessments of chemical concentrations, speciation, and fluxes are emphasized. Our research on metals is concerned with the chemical speciation of trace metals (Cu, Cd, Hg, others) in freshwaters and the relationships between speciation and metal bioavailability and toxicity to phytoplankton.We measure and model metal speciation, including association with ligands that are contained within the complex mixture we call natural organic matter using voltammetry and other techniques. Metal speciation is incorporated into a framework known as the Biotic Ligand Model which couples competition between the organism and aqueous metal-binding ligands.We are also investigating where strong metal-binding ligands are formed by making measurements along hydrologic flow paths (watershed uplands to groundwater to stream).Mercury is of special concern because the species that bioaccumulates in foodwebs (methyl mercury) is formed in the environment.Our research involves understanding the environmental factors and biogeochemical processes governing the transport, methylation, and bioavailability of mercury in lakes and watersheds. One current project focuses on the chemistry and bioavailability of phosphorus in stream sediments, where we are exploring the role of stream sediments in the storage, transport and transformations of phosphorus during movement from an agricultural watershed, through a stream, and then into a lake.Natural radionuclides (7Be and 210Pb) are used to characterize stream sediment dynamics.We are also exploring the biogeochemical processes regulating the internal loading of phosphorus in lakes. My research program, involving colleagues and graduate students, is concerned with three main areas of aquatic chemistry: biogeochemical processes governing phosphorus, and other natural elements in lakes and watersheds; the sources, transport, and fate of organic chemicals in lakes; and trace metal chemistry, speciation, and bioavailability in aquatic systems.