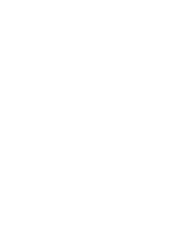 Space age technology, from cameras in satellites to portable lasers on the ground, has drastically changed the way that surveyors do their work and how maps are made. This technological revolution also has drastically changed the way we teach and do research. The data reduction process in the laboratory is done essentially by computers. Details of maps now are compiled from satellite images or from more detailed aerial photos and analyzed on 3-D viewing systems called stereoplotters. All of this data now can be combined by computer drafting units into what is termed Geographical Information Systems or GIS (versatile computerized maps). I teach service classes to non-engineers who need to understand appropriate aspects of mapping.

The possible applications of new mapping technology are many and varied. I have worked with mapping water quality and vegetation from satellite images and aerial photos. My students and I have worked with creating a GIS base map (from 3-D) aerial photos for the University of Wisconsin Arboretum. We are trying to set up similar systems with the International Crane Foundation for the habitat of endangered black-neck cranes in China. We are working with a GIS for Devil's Lake State Park, where the Native American burial mounds will be part of the data.

I have helped develop methods of mapping prehistoric effigy mounds, which essentially are found only in this part of the United States. I have trained Native American students, including one who has established a Native American burial mound identification and mapping program with the Parks Division in Dane County. Another group of former students is involved with the GIS mapping unit of the Winnebago Tribe and is doing similar work in other counties.

When modern mapping methods are applied to these prehistoric Native American structures, we see they were not haphazardly placed but were apparently laid out using ancient surveying methods. Directions in the mound layout are from the true cardinal points, which we establish today by celestial observations, and often are associated with the points where the sun will rise or set at the equinoxes and solstices. Such data has created considerable interest among some special groups who try to determine what it means. Certain Native Americans also are interested, and say that the ancient mound groups were once used like white man's colleges to each knowledge of th